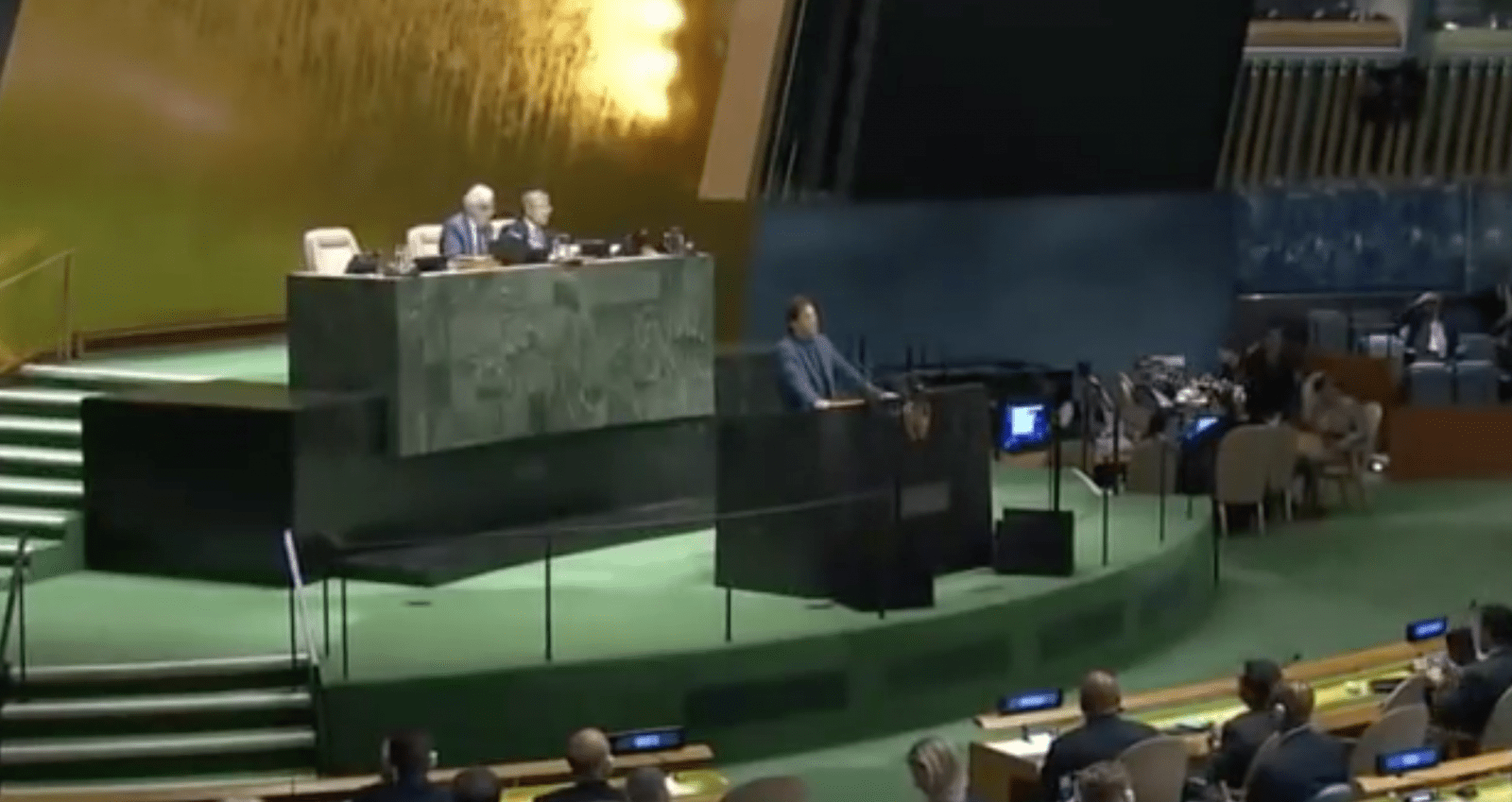 The Kashmir issue has more significance in view of the nuclearization of South Asia as many security experts around the world consider Kashmir a potential ‘nuclear flashpoint’ between India and Pakistan. The revocation of the special constitutional status of Kashmir by the BJP government on August 5, 2019, also referred to as Jammu and Kashmir Reorganization Act 2019, and the subsequent lockdown in Kashmir has since considerably increased political and diplomatic tensions between India and Pakistan. India’s recent moves and actions in Kashmir have once again internationalized the Kashmir dispute. This was evident during the UN General Assembly’s 74th Session, where the Kashmir issue remained a crucial agenda item for several countries.

During this year’s session, prominent leaders of the world condemned Indian brutalities in Kashmir. Turkish President Recep Tayyip Erdoğan criticized the international community for failing to pay attention to the Kashmir conflict and called for dialogue to end this dispute. Malaysian Prime Minister Dr. Mahathir Mohamad said that Kashmir “has been invaded and occupied” by India despite the UN resolution on the issue. Chinese Foreign Minister Wang Yi also discussed the issue and called for a peaceful resolution of the dispute based on the UN Charter and Security Council resolutions. Based on the grave importance of Kashmir as a potential ‘nuclear flashpoint’ between India and Pakistan, Prime Minister Imran Khan, while addressing the UNGA warned the world community about the dangers of a nuclear war that according to him might break out over Kashmir due to Indian atrocities. The current situation appears to be the most critical time for both the countries and the region as both countries are nuclear-armed.

However, unfortunately, the Indian leaders and media perceived Prime Minister Imran Khan’s warning as a nuclear threat and termed it as ‘brinkmanship’. Contrary to this perspective, it is worth mentioning here that the Indian leadership itself is involved in negative nuclear signaling and war hysteria against Pakistan in recent months. For instance, the 2019 Indian General Election campaign of Prime Minister Modi was largely based on negative nuclear signaling comprising of several threats referring to the possible use of nuclear weapons against Pakistan. Furthermore, as an apparent shift from India’s ‘No First Use’ (NFU) policy, on August 16, 2019 Indian Defence Minister Rajnath Singh, while on a visit to the Pokhran nuclear test site paid tribute to the late former Prime Minister Atal Bihari Vajpayee and asserted that India might review its NFU policy. He stated that a change in future circumstances would likely define the status of India’s NFU policy. Since then there is no official denial of this assertion from India which indicates that India might abandon its NFU policy.

Moreover, India’s offensive missile development programs and its growing nuclear arsenal which include; hypersonic missiles, ballistic missile defence systems, enhanced space capabilities for intelligence, reconnaissance, and surveillance and the induction of nuclear-powered ballistic-missile-capable submarines clearly indicate that India’s nuclear weapons modernization is aimed at continuously enhancing its deterrence framework including its second-strike capabilities vis-à-vis Pakistan. This is also evident from India’s military preparations under its more recent doctrines such as the 2017 Joint Doctrine of the Indian Armed Forces (JDIAF) and the 2018 Land Warfare Doctrine (LWD) which are also based upon more proactive offensive strategies and indirect threats of pre-emptive strikes against Pakistan.

As evident from the above-mentioned developments, it seems likely that India aspires to increasingly project itself as a regional hegemon and a potential superpower. The BJP government under Prime Minister Modi inspired by the Hindutva ideology is taking offensive measures under the notions of ‘a more Muscular or Modern India’ based on strong military preparedness. In such circumstances, Pakistan’s threat perception would likely remain increasingly inclined towards its eastern border. Pakistan due to its economic constraints would also likely face considerable difficulties in competing with India toe to toe with respect to its military modernization plans. Pakistan is already punching well above its weight, and nuclear deterrence would be the only way through which Pakistan can maintain a precise balance of power to preserve its security. This could only be carried out by deterring India with the employment of both minimum credible deterrence and full-spectrum deterrence capabilities. This posture clearly asserts that since Pakistan’s nuclear weapons are for defensive purposes in principle, they are aimed at deterring India from any and all kinds of aggression.

Hence, at the present India’s forceful annexation of occupied Kashmir and the resultant nuclear discourse at the UNGA has further intensified Pakistan-India tensions. Under present circumstances, the situation could easily trigger another politico-military escalation between India and Pakistan. Prime Minister Modi has bet his political reputation on his move to annex the region and his political career is on the line. The same way Pakistan’s politico-military establishment is equally unlikely back down from its stance on Kashmir. It would be difficult for both countries to come down from the escalation ladder because politico-military reputations would be at stake at both ends. Consequently, Pakistan might be forced to take action before India’s modernization plans get ahead and might respond even sooner.

The nuclear discourse in Prime Minister Imran Khan’s speech against the backdrop of the Kashmir crisis at such a high forum like UNGA would likely keep the issue internationalized. The situation demands the UN fulfill its responsibility of ensuring peace and to prevent billions of people from the dangers of a nuclear war. However, Indian blame game, aggressive behavior and offensive nuclear signaling against Pakistan all present a clear warning of nuclear war. It would greatly limit the prospects for international mediation especially by the United Nations whose resolutions on Kashmir clearly provide a right of self-determination to decide Kashmir’s future.

India-Pakistan ‘Not’ Heading Towards a War – For Now!

Print PDF   Pakistan’s decision to release the captured Indian pilot and the offer of talks to India has helped diffuse the current crisis between the two nuclear-armed neighbours. As of now, both countries seem […]

Print PDF As Trump reiterated his readiness to mediate the Kashmir issue between India and Pakistan, PM Modi was trapped in an awkward situation since he could not accept or reject the President’s remarks. His […]