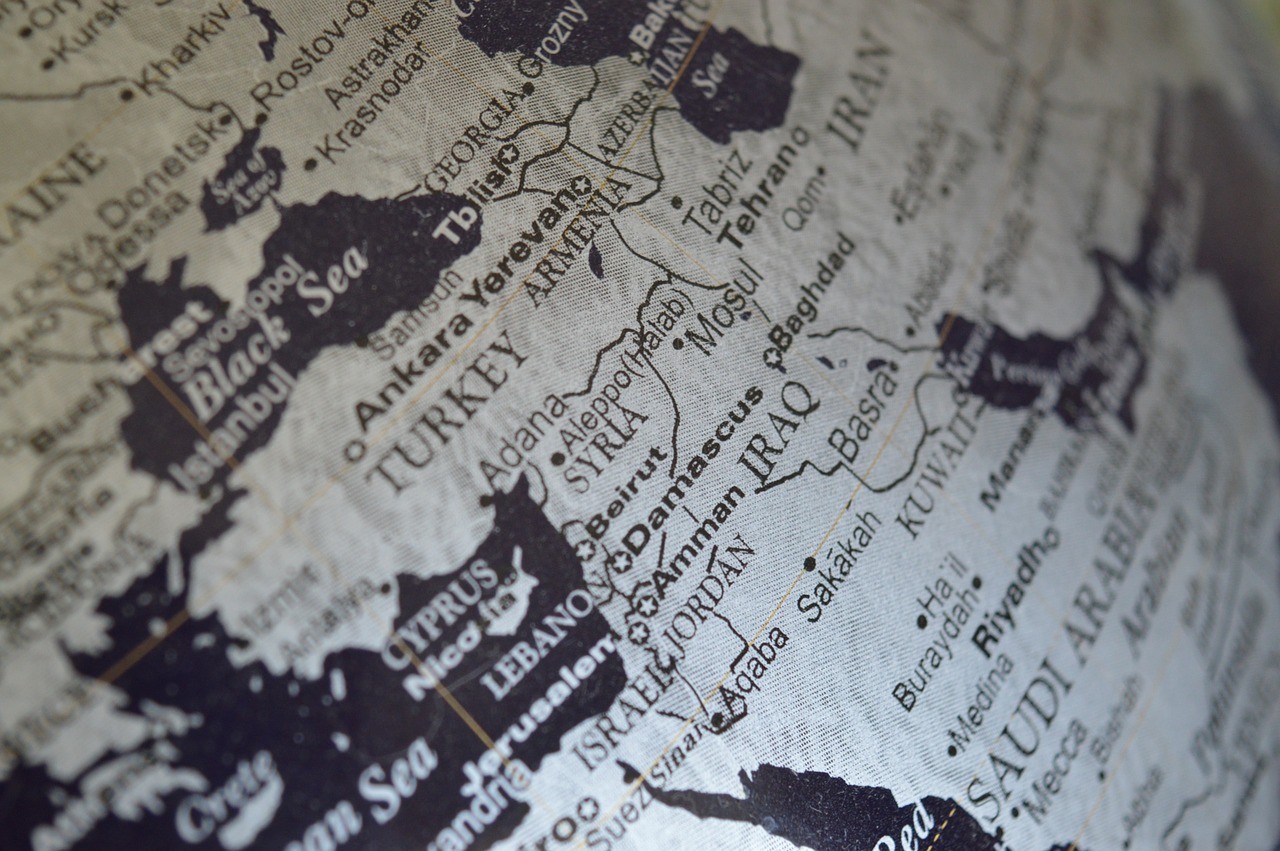 Brewing Tensions in Middle East.     Tensions between Iran and Saudi Arabia have intensified as a consequence of the missile attacks on the Saudi oil fields in which one cruise missile and one drone attacked the Aramco oil facilities. Both Saudi Arabia and US have pinned the blame on Iran for the unfortunate event, dismissing the claims made by the Houthi rebels in Yemen. Iran, on the other side has renounced the allegations.

Moreover, on Friday 11th October, the Iranian government affirmed that an Iranian state-owned oil tanker had been struck by two missiles in the Red Sea on its way to Syria. The tanker was situated around 60 miles from the Arabian port city of Jeddah. This devised the speculation that the attack was a counteroffensive to the attack that was carried out on the Saudi oil assets. Initially, Iran didn’t attribute the attack to anyone but stated that the incident was not a mere accident. Later on, Rouhani publicly stated “This wasn’t a terrorist move, nor was it carried out by an individual. It was carried out by a government”. The attack was carried out two days before the visit of the Pakistani Prime Minister to diffuse the tensions between the arch-rivals in the Middle East.

After the attack on Saudi oil assets in September, Trump sent 1000 additional troops in Saudi Arabia in order to deter Iran. Moreover, following the recent attack on the Iranian oil tanker, it was announced that he would send 2000 additional troops, jet fighter squadron, expeditionary wing and air defence personnel to Saudi Arabia. Pentagon also announced that it would send along two additional patriot batteries and one Terminal High Altitude Area Defence (THAAD).

Pakistan as a Facilitator.        The current geopolitical scenario in the Middle East has carved out an environment where Pakistan can play a remarkable role. Imran Khan met President Trump on the side-lines of the UNGA 2019 session where he put forward an initiative to ease the tensions between both Saudi Arabia and Iran. Trump endorsed this initiative and even requested Khan to play a part in pacifying the hostilities between Iran and the US.

Khan also met the Iranian president Hassan Rouhani at the UNGA. Furthermore, the Pakistani Foreign Minister met his Iranian counterpart thrice following the meeting, to discuss the trajectory of future talks. Interestingly, prior to his visit to the US, Khan made a brief visit to Saudi Arabia where the crown prince, Mohammad Bin Salman, also indicated a desire for de-escalation of tensions in the Middle East. Hence, the role that Pakistan can play in Middle East is two-fold. Firstly, it can channel a dialogue process between Riyadh and Tehran to mitigate the prospects of a potential crisis and secondly, diffuse the tensions between the US and Iran.

Pakistan has commenced the initiative to facilitate the countries in an attempt to dissuade the conflict from taking a perilous form. The role of a facilitator suits Pakistan well as it has amiable relations with both Iran and Saudi Arabia. Even though there has been a tilt towards Saudi Arabia in the past yet it has not entered the Yemen War in favour of Saudi Arabia, neither has it ever subjugated to the western pressure to deal Iran with an iron hand. Likewise, the incumbent government in Pakistan along with the military establishment has established good relations with both countries. All these factors combined can be instrumental for the success of the peace initiative.

The Iranian foreign minister, Javad Zarif welcomed the calls for mediation and stated, “We don’t have any choice but to talk to each other, and we have been open to talking to Saudi Arabia either directly or through intermediaries”. Furthermore, Zarif suggested that in order to procure security, Saudi Arabia shouldn’t affix reliance on weapons from the US, rather credible security would only be the by-product of mending relations with the neighbours. Zarif also pressed upon the fact that the Gulf States should sign the Hormuz Peace Endeavour (HOPE) presented by the Iranian President Hassan Rouhani at the UNGA. This is an agreement which would characterize “no aggression and no intervention” which would bind states not to carry out any sort of military action against each other and work together without any foreign intervention.

Efforts Towards De-escalation.         On 13th October, Imran Khan made a visit to Iran and met President Hassan Rouhani and the supreme leader, Ayatollah Ali Khomeini. A joint press conference took place in which Khan asserted that Pakistan was willing to ease the agitation by facilitating the peace process. He further said that any conflict between the two countries would only satisfy western interests and would be detrimental for the region. In this regard, Pakistan shared intelligence with Iran on how certain spoilers, such as Israel, are longing for a war between Iran and Saudi Arabia for various interests, such as boasting their own military-industrial complex, and thereby it would be in the utmost benefit of the middle eastern countries if they mitigate the hostile attitude towards each other.

The Iranian President stated that regional peace is a dire requirement which should be chalked out through political talks. Furthermore, he appreciated the Pakistani initiative and extended all possible assistance to Pakistan in its peace-making endeavours.

On the other hand, relations between Iran and the US have become impaired following the US withdrawal from the Iranian nuclear deal. Furthermore, sanctions have been imposed on Iran, which has further deteriorated the situation. Hassan Rouhani told the press that he had talked to Imran Khan about how the Iranian nuclear deal could be restored to its previous status for its effective implementation. Imran Khan assured that he would do whatever he could do in order to create circumstances for a nuclear deal.

On 15th October, Imran Khan visited Riyadh and met the Saudi King Salman Bin Abdul-Aziz and the crown prince, Muhammad Bin Salman. In the meetings, the Prime Minister stressed on the need to find common ground through the commencement of political talks for regional peace and stability.

Takeaways.     It is highly unlikely that the attack was carried out by Saudi Arabia as the regime is aware of the fact that if the dots trace back to the Kingdom, then Iran has plenty of overt ways to avenge the attack. Hence, it wouldn’t carry out an attack which could backfire in unpredictable ways, rather this attack might be the work of the entities who crave a war in the Middle East.

The ongoing tensions in the Middle East not only jeopardize the security dynamics of the region but also steer the economic patterns. Oil prices hiked more than 2 % on Friday after the Iranian tanker was hit. Likewise, when the Saudi oil facilities were attacked, it wiped out 5% of the global production, simultaneously marking a record surge. Crude oil is under severe threat in the prevailing situation.

The dynamics of the Middle East will never be encompassed with absolute trust between both Iran and Saudi Arabia, as the situation has transformed and taken a very complex form, yet it is possible to pacify the ongoing hostile situation through effective dialogue. In addition, the Yemen war has become a major source of contention between both states and its different aspects have been entangled to such an extent that the cost of war has crossed the expectations of both the countries. The standoff between both countries can be tamed to a certain degree by terminating the Yemen war. In his visit to Iran, Khomeini told Khan that they want to end the war and have even devised a four-article plan in this regard a long while ago. Therefore, Pakistan should play a role in this matter and facilitate both parties to bring a conclusion to this lethal adventure. Both the countries may not act like friends or allies, yet they can remain as benign neighbours.

Pakistan can attain some concrete objectives from the peace initiative. Firstly, it can circumvent the breakout of any major crisis in the region, as in case a conflict breaks out, it would have vandalizing effects on Pakistan, which is already encumbered with a severe economic crisis and one of the reasons for this was the Afghan war. Ergo, another conflict in its neighbourhood which could have spill over effects in Pakistan would be the last thing that it would like to see. Secondly, through this peace-making initiative, Pakistan can find a new opportunity to further intensify its relevance in the global order. Following the Indian misadventure in February and the abrogation of article 370 in Kashmir, Pakistan enjoyed some major diplomatic wins. Hence, this is another opportunity where Pakistan can further augment its role in international politics. Lastly, this peace initiative will definitely elevate the stature of Imran Khan as an emerging leader of the Muslim world.

Is America receding into self-isolation or is the balance of power shifting?

Print PDFSince the end of Cold War and the obsolescence of the bipolar world order, global politics took a new and unprecedented turn. Realists in international relations thought surmised that because maintaining balance in a […]

Contextualizing the Five Years of Russian Intervention in Syria