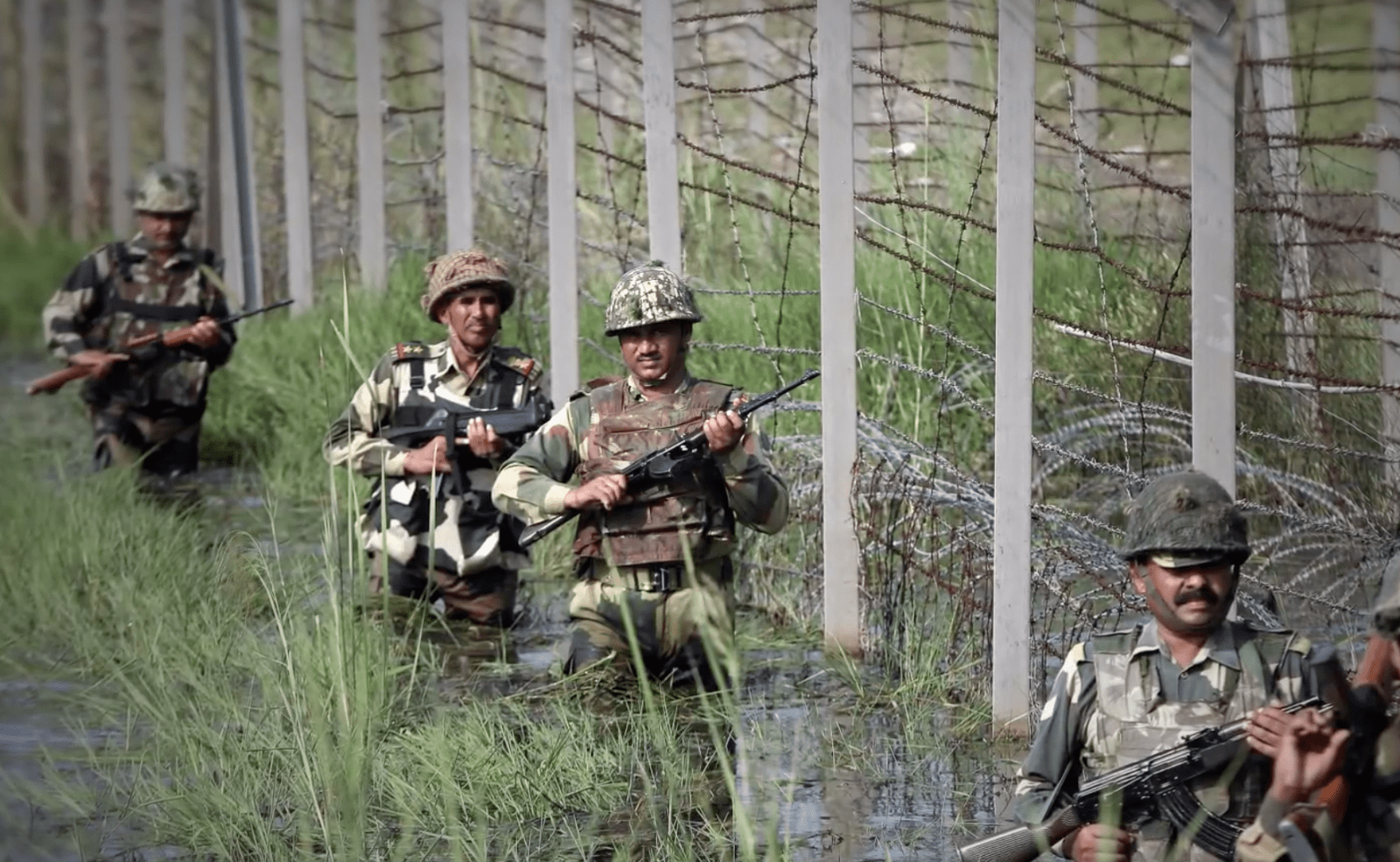 In previous months, the Indo-Pak strategic dyad has hit an all-time low, following the Pulwama attack and the subsequent crisis resulting in limited aerial engagements. The strategic environment of South Asia has been marked by military build-ups, aggressive diplomacy and a blatant use of political rhetoric that adds to the inherent jingoism in the two South Asian states: India and Pakistan. In August, India had made, what BJP leadership dubbed a ‘landmark decision’, to revoke article 370, unilaterally and effectively abolishing Indian occupied Kashmir’s special status. This was not only a blow to Pakistan’s strategic stance on Kashmir, but to PM Imran’s psyche as well. For Modi, appearing as a strong man is important if he has to mobilize a billion Hindus toward a civilizational consciousness. It signals that his resolve and conviction cannot be shaken as he has the explicit and tacit support of his people; the same kind of conviction Adolf Hitler derived from the ballot. This conviction can prompt the Indian government and state elements to adopt a harsher and more coercive policy towards the disputed territory of Kashmir, especially the Muslims of Kashmir. New Delhi employs a version of nationalism that has moved away from its civic and secular constitution and is reflected in its aggression and intolerance towards non-Hindus at home, its subjugation of the rights of Kashmiris, as well as its attitude towards Pakistan, which it views as a ‘historical anomaly’, through a very negative propaganda campaign. This increasingly belligerent posturing has disturbed the strategic stability of South Asia and left few options for Islamabad. Thucydides statement aptly explains the scenario, “growth of power of Athens, and the fear this inspired in Sparta, made war inevitable”. The growth of India’s capabilities in relation with her aspirations inspires fear in Pakistan, and this situation makes conflict inevitable. It is not to say that the conflict will necessarily resemble a limited or all-out military engagement, but rather a series of large scale strategic manoeuvres to limit each other’s capabilities.

In his work ‘On grand strategy’, Professor John Lewis Gaddis underscores the key elements of grand strategies and how a leader’s cognition affects how they play out. His definition of a grand strategy is “[It is] the alignment of potentially unlimited aspirations with necessarily limited capabilities”[p 21]. Since Modi came to power, New Delhi has shifted its efforts towards a new kind of grand strategy, through which it will reassert the civilizational distinctiveness of India on the world map. The first step was to re-envision India’s aspirations, and then to scale up her capabilities in relation to these aspirations. Elie Kedourie, a prominent scholar of nationalism, mentions the writings of Bipin Chandra Pal (1858-1932), an Indian nationalist, who asserted that the British supremacy over Indians was not due to physical or intellectual superiority, but pure hypnotism. Nationalists such as Pal & Sarvarkar, proposed counter-passes to this colonial hypnotism, by waking the people to ‘a sense of their own strength, an appreciation of their culture and a conviction that [Indians] like any other race, have a distinct mission & destiny’.  PM Modi and BJP’s inclination towards the ideology of Hindutva polarized the Indian society to a point where all non-Hindus are considered outsiders, to be treated as second-class citizens.

Having revived and solidified the Idea of a Hindu-Bharat Varshe in the minds of the citizenry, in every strata of the Indian society, the Modi regime had the domestic support to construct long walls around Indian occupied Kashmir by revoking article 370 and militarizing it to a point where any form of domestic resistance could be quelled. Moeed Yusuf explains how India’s direction has left Pakistan in a dilemma. Islamabad’s stance towards Kashmir is uncompromising since the very character of Pakistani nationalism is tied to Kashmir. After all, wars have been fought over Kashmir; no political or autocratic government can survive the backlash of its people if they cede Kashmir. That is exactly India’s aim: to impose her will upon the Kashmiris by raw and unchecked coercion while maintaining a credible threat of military action along the Line of Control and International Border. Given that Pakistan’s economic capabilities are nearly non-existent, as the government struggles to turn things around, any military offensive by Pakistan is unlikely. If the present PTI government does take the path of pragmatism, it can expect pressure to build up from the opposition parties, as can be seen by the Dharna sit-in organized by JUI-F and other parties. Yusuf rightly points out how growing tensions will leave Islamabad faced with an ‘existential question’ regarding the precarious position of not only the Kashmiris but the Indian Muslims.

With a clear end-goal of creating a cultural-civilizational state, the Modi-led government has primarily focused to expanding the scope of its capabilities to fit her ambitions. Recently, a report claimed, “Government plans to spend $130 billion for military modernization in next 5-7 years”. This is a broad plan to speed up the modernization of Military, Airforce and Navy under which a range of critical weapons, missiles, fighter jets, submarines and warships will be procured in the next few years. The article stated that the “government’s immediate priority is to fast-track infantry modernization, including procuring 2,600 infantry combat vehicles and 1,700 future-ready combat vehicles for the Indian Army. Another key priority is to procure 110 multirole fighter aircraft for the IAF”. In another latest report, it was suggested that according to the Stockholm International Peace Research Institute (SIPRI), India was the world’s second-largest importer of major arms in 2014–18 and accounted for 9.5% of the global total.

While India has overtly displayed its aim to assume a hegemonic role in the region and this strategy is pursued at a grand scale by aligning economic, political, military and diplomatic means with its end goal. A vital aspect of this strategy is to limit Pakistan’s capabilities while increasing its own, in order to force Pakistan into a compromise using its military might. New Delhi seeks to limit Pakistan’s capabilities through the following measures: (1) Choking off Pakistan’s water supply, given how Pakistan is an agrarian economy. (2) Using propaganda and covert means to exploit ethno-religious fault-lines within Pakistan. (3) Ramping up its propaganda campaign to brand Pakistan as a ‘terror haven’ to isolate Pakistan. Having done so, it can expect either Islamabad to cede Kashmir and fall in line, or face collapse due to a combination of internal as well as external pressure.

Islamabad is therefore left with limited options in relation to India employing a strategy of belligerence on a grand scale. Such moves go on further to destabilize regional security, which in a way is crucial to Pakistan’s growth; without a conducive environment, Pakistan cannot expect much-needed foreign-Investments. In order to increase economic capabilities, there has to be some stability in the South Asian sub-system, which in turn will add to greater domestic stability. However, despite PM Khan’s efforts to extend numerous olive branches to PM Modi, the response from the other side has been disappointing at best. New Delhi and the BJP leadership are undeterred on their path to power maximization, regardless of its negative effects on regional security. Under such circumstances, for a rational actor that recognizes the existing power asymmetry between itself and the adversary, idealism is self-harm. With the absence of effective confidence-building measures (CBMs) and a lack of empathy in other great powers towards the plight of Kashmiris, Islamabad must take it upon itself to address its geopolitical concerns. A shift in Pakistan’s foreign policy is indicative of the fact that Islamabad intends to adopt a broader negotiation strategy, by leveraging its relationship with powers like Saudi Arabia & Iran. In doing so, Pakistan is playing a key role in trying to improve Iran-Saudi relations and to prevent a war in West Asia. Furthermore, a peaceful Afghanistan is as strategically important as perhaps Kashmir, because, until foreign powers attempt to maintain their control over the monopoly over violence in Afghanistan – directly & indirectly – violence will most certainly spill over in Pakistan’s western regions, jeopardizing security and economic growth. In conclusion, Islamabad needs to work on a coherent strategy of its own, that is perfectly aligned with its Identity as a nation-state, and its history as a civilization, lest it suffers the ambitions of a rising Hindu behemoth fuelled by intolerance and prejudice.

About Akbar Khan 1 Article
The writer is a graduate of international relations & politics from LSE. He is an independent researcher on strategic & regional affairs.

DRIVERS, DECISIONS, DILEMMAS: UNDERSTANDING THE KASHMIR CRISIS AND ITS IMPLICATIONS

Print PDF Published in War on the Rocks SAMEER LALWANI AND EMILY TALLO FEBRUARY 20, 2019 Nearly 20 years after India and Pakistan clashed in the heights of Kargil — only the second time in […]

Print PDF   Pakistan and India gained independence in August 1947. Ever since, one of the major issues that has become a thorn in the relationship of both countries is, “The issue of Kashmir”. Today we […]