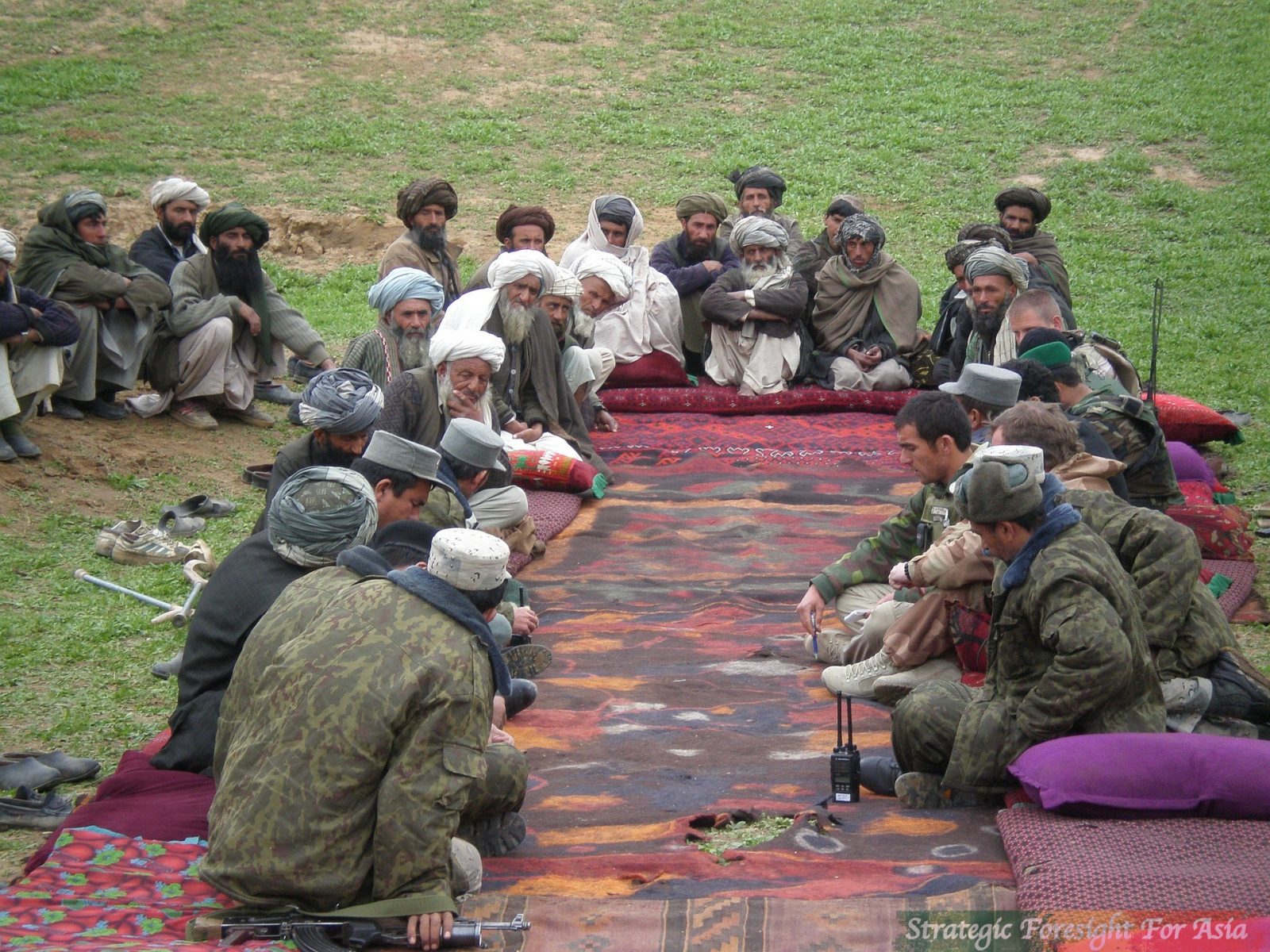 Although the past seventeen years have been devoid of any meaningful progress towards a   negotiated settlement between Kabul and the Taliban, the year 2018 and onwards has proved to be the most promising in terms of forward movement on the matter. Even though a negotiated settlement with the Taliban remains elusive, a number of unprecedented developments have taken place that warrants recognition. These can be narrowed down to three aspects: a growing change within the Taliban, recognition for the need for a peaceful settlement, and the assertion of regional actors.

The overall outlook and conduct of the Taliban have gradually undergone a major shift. While still heavily relying on warfare, the group has altered its strategy by moving away from practices that alienated them from the Afghan community at large. The Taliban of today openly denounces the killing of innocent people, including women, children and the elderly.

A conscious effort is being made by the group to transform both themselves and their tarnished image, to a social and political group capable of becoming a part of the future political set up in Afghanistan. Quite a few things evidence this, such as the group’s tilt towards a negotiated /peaceful settlement and its demand to engage with the US directly; its acceptance of a three day ceasefire where it interacted with ordinary Afghans including women; several rounds of direct talks with the U.S. in Doha and the UAE; and its active and public participation in the Moscow format, as well as  intra-Afghan talks in Moscow.  Contrary to the Taliban’s brutal attitude towards women in the 1990s, which was shrouded in ignorance and obscurantism, the group now openly supports women’s rights to education, working in male-dominated professions, as well as the right to choose their spouse.

The Taliban no longer envisage a monopoly of power, nor do they want a complete ‘military’ victory; instead, they aspire a solution through dialogue, which entails the withdrawal of foreign forces, an end to the intra-Afghan conflict and long-term peace.  Thus indicating that they may be open to a power-sharing set up in the future. Moreover, while the Taliban continue to lay emphasis on the withdrawal of U.S. forces, they have also stated that they seek friendly ties with the United States and would want the latter to help build the country through reconstruction and development – a clear departure from their previous views.  Similarly, their demand for a constitution based solely on Islamic principles has seen a change.

The group now talks about a constitution prepared by Afghan scholars and intellectuals in an atmosphere of freedom, based on “principles of Islam, national interests, historical achievements and social justice,” which is  “committed to human dignity, national values and human rights”, and  “guarantees territorial integrity of the country and rights of all the citizens.’ Considering the fact that the Taliban would never talk about such concepts (human rights, Afghan nationalism, etc.), is certainly indicative of a growing change within the group.

The group has demonstrated a significant change in their desire to engage with other major actors to find solutions for peace. To this end, it now focuses on foreign relations and diplomacy, in an attempt to cast themselves in a more favourable light; this is also aimed towards helping them muster support for their cause by holding meetings with a host of countries, including those it opposed such as Iran and Russia. Although the recent moves and pledges made by the Taliban may be viewed with a fair amount of suspicion, considering their previous practices and rigid stance, the fact that they are publically addressing such issues and calling for a peaceful settlement to end the war are certainly positive developments.

Unfortunately, it has taken more than 17 years of violence, bloodshed and hundreds of thousands of deaths for the international community, and in particular the U.S. to realize what Pakistan has been saying all along: that there can be no peace in Afghanistan until a sincere and legitimate political reconciliation effort is initiated with the Taliban. The U.S. decision to now engage with the Taliban is a much-needed step in the right direction. However, now that a dialogue process has been initiated, it is imperative that all the stakeholders continue with the positive momentum. At the same time, it is essential that the U.S. works towards a durable solution that addresses the concerns of all stakeholders, and not concoct a hasty peace settlement which would collapse after their withdrawal. It is imperative that efforts are focused on a credible and sustained ceasefire leading to intra-Afghan talks, primarily between Kabul and the Taliban, followed by a responsible and measured withdrawal of foreign forces.

There is a growing realization within and amongst Afghanistan’s immediate neighbours that the region can no longer depend on the international community, and that is time for them to take ownership of the region with a common vision for Afghanistan. Despite their previous differences and diverging interests, it is for the first time Pakistan, Iran, Russia, China, and the Central Asian nations seem to be on the same page on the need for a more prominent regional role, recognition of the Afghan Taliban as an essential component of the peace process, fighting the Daesh, and ensuring peace and stability in Afghanistan. While Pakistan, China, and the CARs have already been playing an instrumental role in the Afghan peace process through several track-two initiatives, Moscow too has become active, as evidenced by the Moscow talks in November 2018 and the intra-Afghan talks in Moscow in February 2019.

The recent moves demonstrated by Kabul, and more so by the Taliban and the U.S. signify something erstwhile inconceivable: it is a visible acknowledgement by all stakeholders that dialogue is the only solution to end the turmoil in Afghanistan. Conversely, what has been achieved so far also highlights the complexities and spoilers involved in the peace process. These include amongst others,  fringe elements within the Taliban who are opposed to talks, as well as those within the Afghan political set up who refuse to recognize the Taliban, let alone share power with them.

Moreover, political and national reconciliation, along with ethnic differences continue to be major hurdles in the peace process. This divide appears to be the reason behind the postponement of the Doha talks that were to be held on April 19, 2019. Hence it is imperative that Afghans move beyond ethnic and personality cult politics and focus on building national consensus and a national narrative towards establishing peace with the Taliban.

Another major obstacle in the peace process is the continuation of the Taliban’s insurgency. While the group continues to target Afghan forces, ‘to liberate Afghanistan from foreign control,’ it is no longer justifiable for them to do so since they are not fighting a foreign enemy, but fellow Afghans who make up the Afghan National Security Forces (ANSF). Hence, for now, the Taliban must ensure a visible reduction and eventual halt in their violence against the state.

The growing presence of the Daesh/ Islamic State Khorasan Province (ISKP) is another major predicament in the way of the peace process. The Daesh has been able to exploit the ongoing conflict between Kabul and the Taliban, as a result of which it has not only established its presence in the country but has also unleashed a bloody campaign against them. Keeping in mind the grave threat posed by the ISKP, neither the Afghan government, the U.S. nor the Taliban can afford to miss this opportunity of engaging in a dialogue process.

The real challenge in Afghanistan is to find a solution that eliminates violence and promotes peace and reconciliation. Dialogue is the only way to end the turmoil in Afghanistan, and while the process is complicated, lengthy and frustrating, all principal actors involved will have to demonstrate flexibility and patience if they really want to put an end to the conflict.

Amina khan, is s senior research fellow at the Institute of Strategic Studies (ISSI) Islamabad. Her primary area of focus is (Afghanistan) and FATA

Print PDF“Pakistan will never recognize Israel until Palestinians are given their right of a just settlement.” This was the statement given by Prime Minister Imran Khan after the United Arab Emirates and Bahrain established relations […]

Renewed Tensions in the Middle East – What Should India Do?

Print PDF Given the sudden flare up in the Middle East between Iran and the US emanating from the killing of Qassem Soleimani, what must be India’s outlook and actions?   The Assassination – Recipe […]