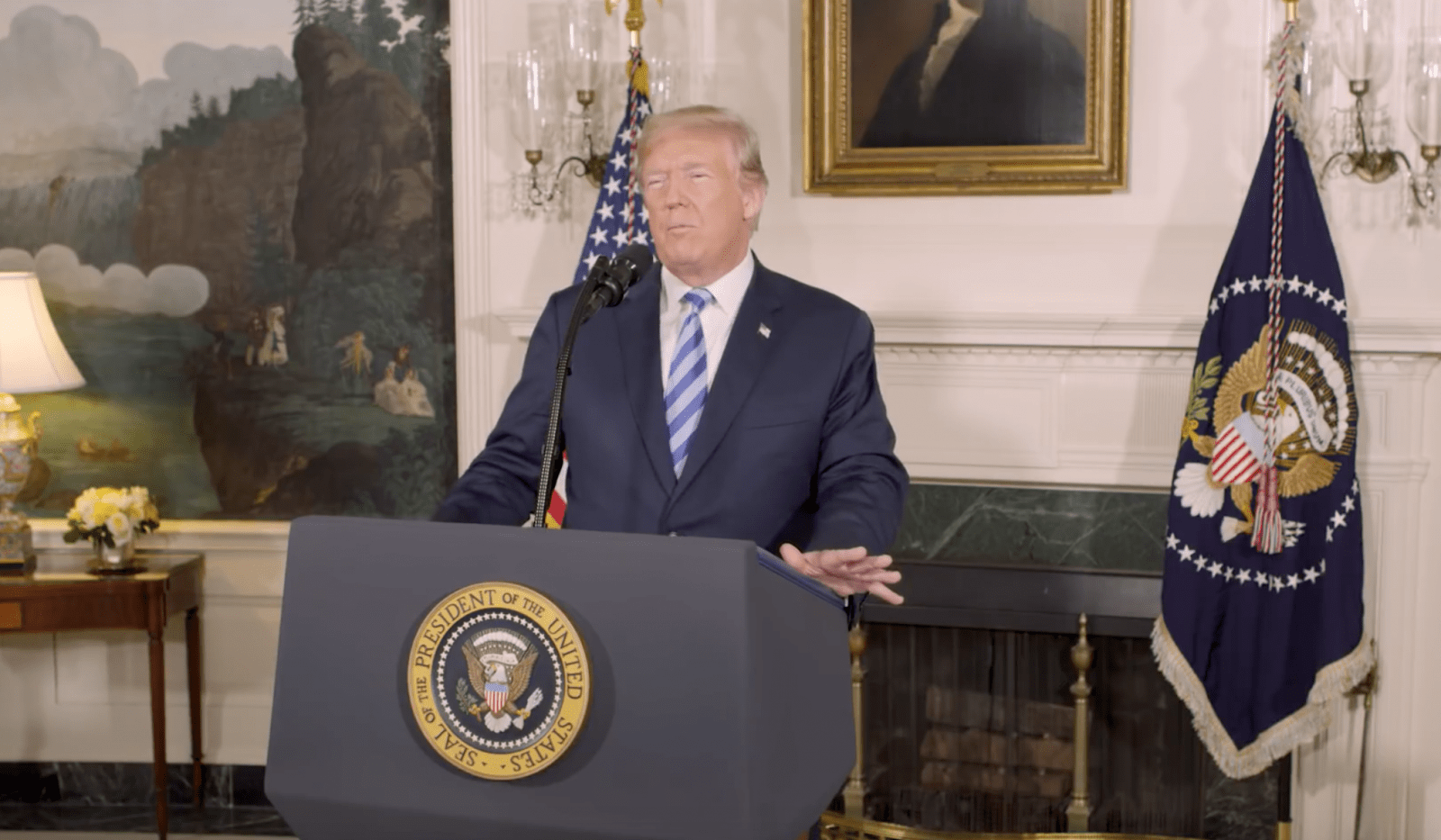 A perspective on US strategic objectives in the Middle East contends that it is in American interest to undermine Iranian influence, as the latter constitutes a direct threat to the former’s allies in the region. Even after a decade-long span of strict sanctions by Washington, Iran sustains itself as a strong regional power with an arc of influence from the Iraqi-led Shiite government in Baghdad to Assad’s regime in Syria and to Hezbollah in Lebanon. Tehran also has a cordial relationship with Qatar and is backed externally by Russia, an increasingly influential player in the Middle East.

When viewed against the context of Tehran’s alleged development of a nuclear weapon program, all this poses an eminent challenge for Washington. A nuclear Iran means a serious threat to US designs, one which, eventually, triggers American allies in the Gulf to follow suit.

While sanctions have impacted Iran’s economic structures, they have not weighed on the regime’s resolve. Rather, Tehran has been resilient enough to ward off US pressure and maintain domestic order to quite an extent. With US pressure now gearing further up, Iran is left with limited options. It has been threatening to reverse its commitment under the deal and develop a nuclear program, which may also be nothing more than strategic maneuvering aimed at improving its bargaining position. Whatever the case, the veracity of Tehran’s intentions of developing a nuclear program are still a concern. If International inspectors can credibly speak to Iran’s compliance with the agreement and other parties endorse it too, Washington’s unilateral withdrawal from the treaty is nothing but the making of a self-inflicted crisis.

It is not yet clear whether Washington’s sanctions against Iran, under the pretext of the latter’s alleged pursuit of a nuclear weapons program, are aimed simply at weakening Iranian influence in the region or are an actual struggle against non-proliferation. US assertions of Iran’s enrichment of uranium crossing the threshold, building up of centrifuges, and its secretive activities from mining to labs and enrichment facilities, require concrete evidence. The IAEA has been monitoring various aspects of Iran’s nuclear sites by means of cameras and inspectors. Even if Washington has some basis for its accusations, it triggers a larger debate over the IAEA’s regulatory frameworks.

The crisis widens and extends in the maritime arena, with the Iranian seizure of British crude oil tankers in the Strait of Hormuz seen as a retaliatory move to capturing an Iranian ship near Gibraltar; this was precisely the sort of trigger that can disrupt oil trade close to the Persian Gulf. It could create uncertainty in the international oil market and hike oil prices, thus impacting countries that sourced oil from the Middle East. Maintaining the freedom of navigation in the Strait of Hormuz requires a meaningful dialogue where all concerns could be closely communicated, and ways out are discussed. The recent diplomatic initiative of parties to the JCPOA of excluding the US is a significant move to review the agreement and to deliberate on rectifying it.

Nevertheless, the evolving situation in the region runs contrary to US calculations. After US influence in Syria having weakened, Russian and Iranian influence has grown further, making it more important than ever for Washington to resurge in the region. And this time, Washington has successfully sparked the tensions and to create space for its military presence in the region.

Moreover, if the nuclear agreement is made void, as it is of now, or is not renewed with mutual consensus among the parties, tensions could reach an irreversible height. And that would not only alter the regional security architecture but also reopen another battleground in the arena of maritime oil trade. For Iran to scale down the level of uranium enrichment, economic compensation is a key. Under the impulsive leadership of President Trump, it is unlikely that Washington would be flexible enough to compensate Iran against the fear of the development of its nuclear program. What, at least, could happen is that the Europeans might come up with some working mechanism to ward off the impact of the US strangling Iran’s economy?

Iranian fears, apprehensions and reservations cannot be ruled out if this crisis must be diffused. The chances of Iran agreeing to US terms are far less than ever before. Repressive measures and the campaign of maximum pressure have not worked earlier. Iran has withstood American pressure and sanctions for nearly four decades and further escalation could only entail chaos, war, refugee flow and sectarian strife. For Iran, America could never be trusted as the latter has not fulfilled its commitments of economic relief earlier in response to the former dismantling its nuclear program. Tehran has never demonstrated an appetite for going to war with America but the US does. However, provocative actions and situations might evoke responses that could drag in an interminable catastrophe. The track to peace in the region hinges on the survivability of the nuclear deal. It is the only sustainable solution to normalize US-Iran relations, as well as for moderation and regional integration.

Print PDFThe impact of events in shaping a nation’s mindset cannot be understated. They help to formulate and create the culture and mindset of the nation’s peoples and form their collective ideas and identities. However, […]

Print PDFThe world is going through a parlous situation at the moment. Everything seems to be obscure and dubious. The current state of affairs for every nation include trying to stop the spread of Covid-19 […]