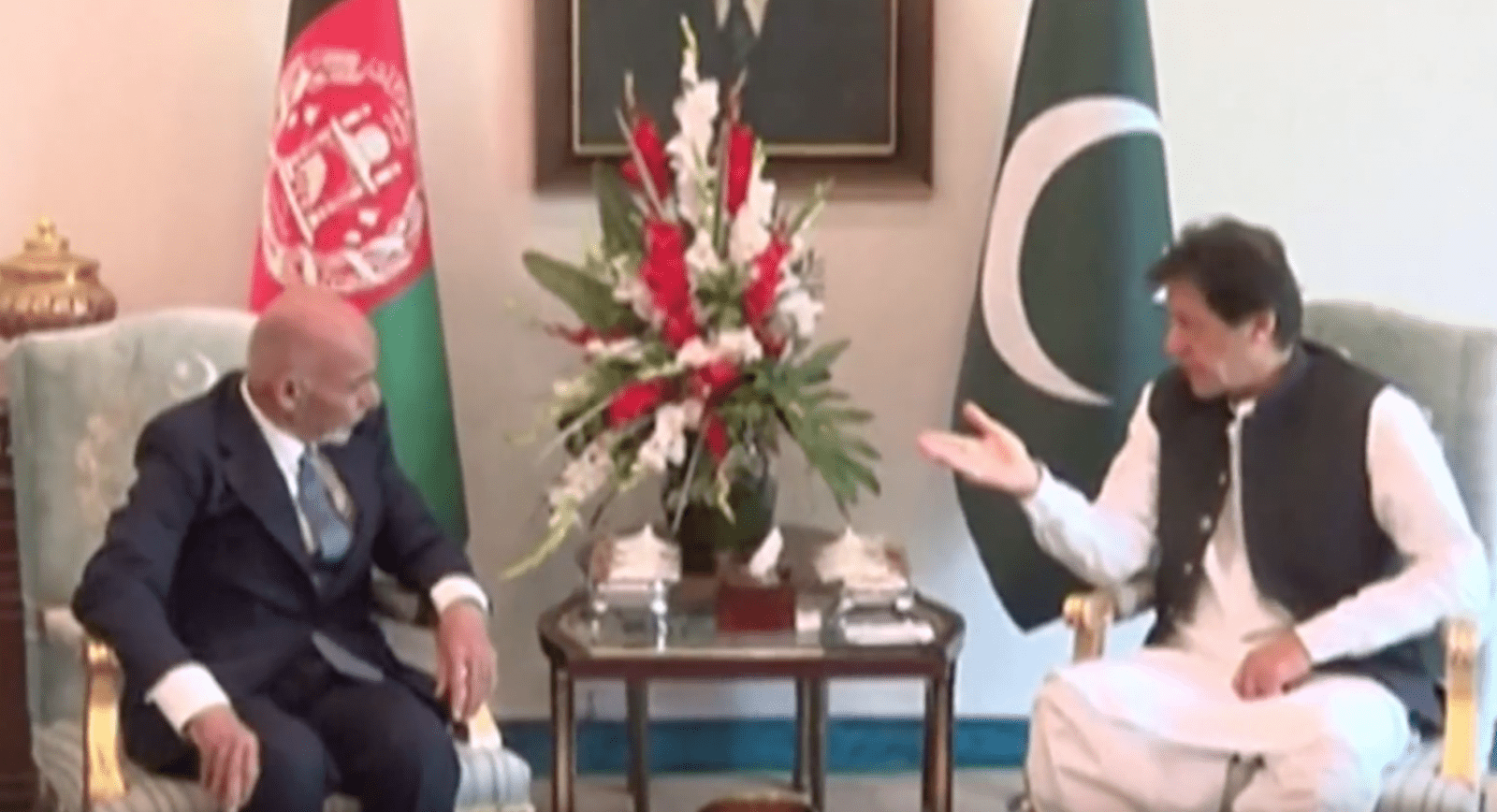 Islamabad is under a new administration that aims to play a far more active role in regional priorities than previous regimes. It aims to diplomatically involve itself as ‘peace-broker’ or ‘ice breaker’ for any regional issue at hand. All Islamabad asks in return is its fair share in economic assistance from stakeholders. Somehow, this strategy works fine when one is not directly involved in a conflict or when one’s stakes are not as high as other contenders. For Islamabad, Kabul is key to securing an independent, rather autonomous, source of economic relief via Central Asia. The Turkmenistan-Afghanistan-Pakistan-India (TAPI) Initiative, the Central Asia-South Asia Power Project (CASA-1000) enterprise, the One Belt one Road initiative via the China-Pakistan Economic Corridor (CPEC), and the willingness to enter into the Afghan peace process is all evidence that Kabul must be rehabilitated, no matter the cost. Global politics, however, works on a completely different canvas: quid pro quo with strings attached. Islamabad would have to get rid of its image as an entity previously known to not only assist the Talibanization of Afghanistan but also to encourage it for strategic reasons. The War on Terror reshaped that version for global critics; but as this war lingers on, despite exit strategies and force reduction, Islamabad’s interest in Kabul has become more intense.

Indian investment to rehabilitate Afghanistan and Afghanistan’s harsh tone towards Pakistan meant that decision makers in Islamabad were seeing an envelopment of Pakistan instead of an opportunity to clear impending confusions. What followed was a series of economic, territorial and strategic decisions that distanced Pakistan from America and, resultantly, from its pivotal position as a principal ‘peace-broker’ in the Afghan peace process. This makes choosing a right directive very difficult for Pakistan; is an economically stable but politically unstable Afghanistan viable? Or is a politically unstable but securitized Afghanistan more desirable? Or is it none of the above? With these questions in mind, putting priorities and preferences in order becomes imperative for Pakistan. With each scenario comes a whole new level of issues and challenges alongside incentives and rewards. For Pakistan, Ashraf Ghani’s visits mean less if they are not followed by any key stakeholder’s nod of approval for a reinvigorated role in Afghanistan’s future. For this, China momentarily seems less interested due to its trade war with America, but is America equally disinterested? Is America too busy in restructuring its international priorities to miss out on an opportunity to resolve Afghanistan? These questions are important, but the more important question is this: does Pakistan consider Afghanistan a friend in need or a foe in the making? More precisely, would a stable, economically viable, politically autonomous, Afghanistan cooperate with Pakistan or would it resort to compete and contend?

Current political stakeholders in Pakistan are to choose between two distinct options; will Pakistan be a ‘peace-broker’ for America and assist negotiations, or would it be a ‘financial broker’ for China and offer Afghanistan China-centric incentives in exchange for more affable bilateral interaction? All the while, Pakistan also looks to counter India and its designs for rehabilitating Afghanistan, which this puts things in an entirely different perspective. If Afghanistan receives financial assistance from India and if it outweighs Pakistan’s proposed investor trajectory, security concerns would auto-involuntarily truncate economic cooperation. This is evident from the fact that almost every statement made by President Ashraf Ghani is extensively dissected, interpreted and contextualized to understand what it actually communicates. The challenge is to settle whether to treat Afghanistan only as a security dilemma or as an economic avenue. For Pakistan, it is a battle of two prevalent schools of thought: Afghanistan as it was and Afghanistan as it would be. Should there be a change of perspective or has it already occurred with how President Ghani was received in Islamabad recently?

Afghanistan holds strong significance for Pakistan either way, being both strategically important and with economic potential. For Pakistan, opting for one paradigm seems like abandoning the other entirely, even though it is not a zero-sum game altogether. This quandary is a trademark for states that usually do not gauge their options fairly and change perspectives with every turn of events. From strict border management including returning refugees to intermittent skirmishes, from investment deals to bilateral trade opportunities, from warm welcome to heated statements, Pakistan is unsettled when it comes to putting Afghanistan in perspective. This is not due to lack of a narrative, but an abundance of narratives. Regional mutualism and bilateralism as viable options are fundamentally practical if relative gains outweigh absolute gains between states; it sets the tone of their interaction. Islamabad and Kabul are interlocked due to Pakistan’s geographic proximity and Afghanistan being landlocked; but for both states, settling whether the other is a competitor or cooperator is important. Pakistan, without a clearly demarcated Afghanistan narrative, would have a difficult time in developing its roadmap for future dealings with Kabul. This time, it is Pakistan that needs to design and implement and not supra-regional stakeholders, because the rules of the game have changed post-Cold War. For Pakistan, carrying the calling card of being a state that can ensure peace by convincing the Taliban is an unnecessary burden, to say the least.

For Pakistan to answer these questions is imperative as Afghanistan is about to undergo electoral process; and with the Taliban negotiating their legitimized entry back to Afghan politics, Pakistan would have to expedite a decision on how it wishes to engage this neighbour. If Pakistan takes Afghanistan to be a friend and offers it rehabilitative support, it shall have to do so from an independent standpoint. America’s eagerness to have Pakistan bridge the gap between the Taliban and rest of the stakeholders seems to be similar to how Reagan once asked or tasked Pakistan in dealing with the Soviet Union. The notion that we are considered handlers of the Taliban in Afghanistan is a tricky one as it could always be used against us. Irrespective of whether the Taliban and Al-Qaeda are actually independent entities with independent goals, the global community appears to see them as synonymous entities. That being said, a friendly Afghanistan would almost always require a pacified Taliban with no strings attached. Anything otherwise would send matters back to square one. With the Financial Action Task Force already breathing down our neck, taking on the role of a ‘manager’ of Taliban would be downright dangerous in the future. The rules of the game remain as they were but the stakes have gone a lot higher than previously anticipated.

Print PDFIt is widely known that advancing forward is far easier when swimming with the tide rather than against it – but tell that to a policy planner, and they are likely to argue otherwise. […]

Print PDFThe US and Afghan Taliban have signed an agreement for the withdrawal of US forces from Afghanistan on the Taliban’s commitment of no-use of Afghan soil against US and its allies. Conflicting parties have […]