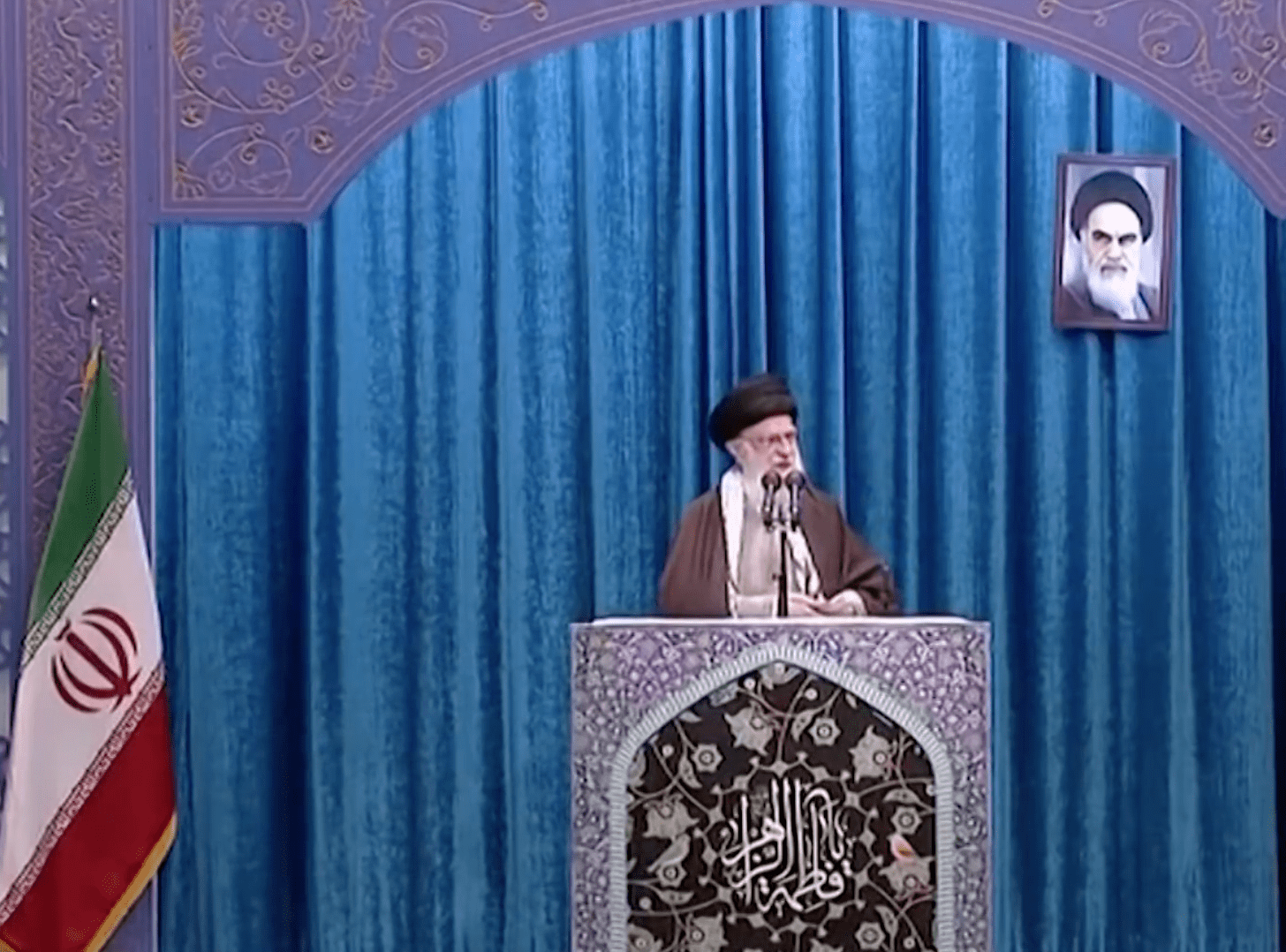 The assassination of Qassem Soleimani, the Head of IRGC’s (Islamic Revolutionary Guard Corps) Quds Force was a serious provocation by the United States that had the potential of triggering another major conflict in the region. Communicating via Twitter, the two presidents threatened punitive action against each other that further fuelled the already charged regional security environment, besides setting alarm bells around the world, with some going as far as predicting the start of World War III. Iran’s calibrated response, which avoided US casualties, and the subsequent shooting down of the Ukranian passenger aircraft, however, led to the lowering of tensions. Nevertheless, this is not the end of the conflict, but could be beginning of the end, as Iran would most likely launch series of retaliatory measures at the time and place of its own choosing to force early US withdrawal from its immediate neighbourhood – a rasion d’etre of Iran’s regional strategy.

Iran’s Regional Ambitions are Not New.      One of the major lessons that Iran drew from the eight-year-long war with Iraq (1981 to 1988) was that its survival and ability to maintain influence in the region could only be guaranteed by having friendly, if not pro-Iranian, regimes in its immediate neighbourhood. The US invasion of Iraq that established US technological and military prowess and the subsequent lessons learnt from the Afghan conflict convinced the Iranian leadership that instead of engaging in a direct military conflict, asymmetric warfare would offer better dividends. To achieve these ends, Iran invested in the neighbouring countries to mobilize public opinion and supported groups that would be sympathetic to the revolutionary cause.

Iran’s constitution also makes it part of the regime’s mandate to help oppressed communities in the neighbourhood. For this purpose, the revolutionary leadership created a special force in April 1979 known as the IRGC. Its aim was to protect socio-political values within the country and support the liberation movements abroad. This parallel force structure undermined the Iranian military, which was considered less reliable and pro-western, and over a period of time the IRGC gained greater influence in Iran’s foreign policy objectives.

The IRGC’s Quds Force was created during the Iraq war, and till late was headed by Qassem Soleimani, who played an important role in fighting against hostile regimes and also the ISIL. The battles against the ISIL were often fought by troops recruited by Soleimani from foreign countries, such as Afghanistan and Pakistan besides the others, which helped reduce Iranian casualties and made it convenient for the revolutionary regime of Iran to justify its foreign ventures.

Iran’s Likely Response to the Recent Escalation.     Notwithstanding the embarrassment caused by shooting down the Ukranian commercial aircraft, Iran will most likely respond to the US provocation to signal its resolve and also pacify domestic audience in the aftermath of Soleimani’s assassination. Amongst many other options, Iran could opt for limited kinetic actions against US troops, disrupt oil supplies, or launch cyber-attacks against the US and its regional allies.

Iran has strong footprints in a number of neighbouring countries, including Afghanistan, Syria, Yemen and Iraq. All these hot spots could be turned into battlegrounds for fighting low-intensity conflicts to afflict sufficient pain to the US. Under Gen Soleimani, Iran was actively fighting against the ISIL. With his demise, Iran’s focus could shift towards fighting the US troops and its allies, allowing some of the ISIL remnants to resurface and establish their foothold in the region.

The Iran nuclear deal, also known as the 2015 Joint Comprehensive Plan of Action (JCPOA) is another tool that Iran could use to build pressure on the US and other western countries, party to the agreement. Iran has already stated that it will increase uranium enrichment levels but has not yet given up on the nuclear deal. However, if President Trump continues with his maximum pressure strategy, Iran might opt to abandon the nuclear agreement, which remains a major concern for other signatories of the JCPOA, mainly Germany, France and the UK. To pre-empt this scenario, the three countries have triggered a dispute mechanism, forcing Iran to address outstanding concerns and provide assurances that it will not give up on the nuclear agreement.

From the Iranian perspective, any demand aimed at bringing additional pressure would further push it to consider giving up on the JCPOA. Iran has also threatened that under extreme conditions of coercion, it might also withdraw from the Nuclear Nonproliferation Treaty (NPT). This would be a serious blow to the NPT-based nuclear nonproliferation regime as it would encourage a few other Middle Eastern countries to consider giving up on their NPT-related obligations, thus unravelling the most important nonproliferation instrument. At the minimum, Iran could obstruct the forthcoming NPT Review Conference process, making it difficult to bring out a consensus outcome document, which would be a major setback for the nonproliferation regime and would give further credence to the critics that the NPT has outlived its utility.

Pakistan as a Peace Broker in the Region.    Following the outbreak of the recent crisis between Iran and the US, Pakistan was one of the first countries contacted by the US Secretary of State with many speculating that Pakistan would once again be forced to play the role of a front-line state, and this time against Iran.

Past experiences of siding with the US have left deep wounds on Pakistani society, thus making it extremely implausible that any government in Pakistan would ever risk getting embroiled in another regional conflict. Pakistan, therefore, seems to have chosen the path of reconciliation, urging both countries to ‘exercise maximum restraint’. Pakistan remains apprehensive that a military confrontation between the US and Iran would put the Kashmir issue on the back burner, allowing the Modi government to further strangle Kashmiris who continue to remain under siege for the past many months. Pakistan is also fearful that if the crisis prolongs in its neighbourhood it would also create instability in the border region of Balochistan, where India continues to support insurgency, targeting the China-Pakistan Economic Corridor (CPEC), which is viewed by India as a threat to its sovereignty.

Looking at the past record of supporting the US in its war against the former Soviet Union and subsequently in the War on Terrorism, it is unlikely that Pakistan would support another US adventure in the region. And if it does, for minor economic or military assistance, as some had suspected, it may never be able to recover from the negative fallout of getting embroiled in another regional conflict. Pakistan, therefore, must continue to play mediatory role and diffuse the tension amongst all the parties including the US and Iran’s other regional adversaries, Saudi Arabia and UAE. While it may be difficult to bridge the prevailing trust deficit, engaging in such an exercise would clearly signal Pakistan’s intent: it does not wish to take sides in a conflict that will have no favourable outcome for any of the adversaries; instead it would threaten the stability of the region as well as the entire world.

Print PDF Kautilya, also known as Chanakya, has been recognized as a statesman and classical Indian philosopher of political realism. He presented a comprehensive theoretical framework of inter-state relations and foreign policy, knowns as the […]

The K Cause: Interplay of Pre-Modernism and Modernism

Print PDFThe genesis of Kashmir conflict is rooted in the clash of two civilizations which are diametrically opposite in their ideology, driven by the two-nation theory: Hindus and the Muslims. The erstwhile Muslim-majority princely state […]