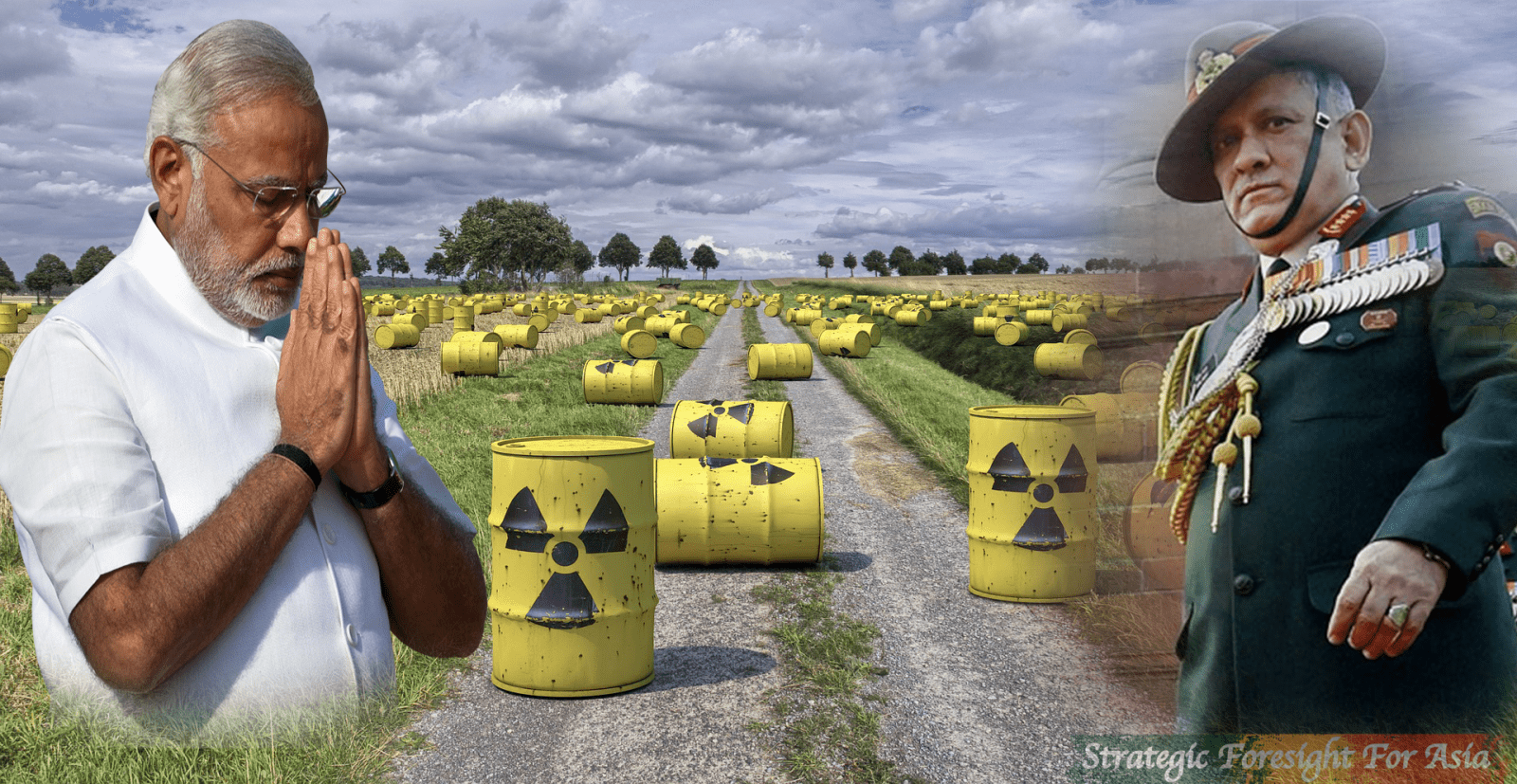 An under construction residential apartment complex in India is offering, amongst several other luxury amenities, the additional benefit of a nuclear bunker for protection against the harmful effects of nuclear radiations. This new and innovative idea of commercializing nuclear deterrence is driven mainly by monetary gains and could be a result of India’s growing behaviour of nuclearism. But it also reflects the evolving strategic culture where the use of nuclear weapons is emerging as one of the possibilities, and nuclear weapons are no more seen only as weapons of deterrence.

Over the past few years, India’s strategic community that comprises of “a relatively small group of professionals who, in different ways, direct or influence India’s foreign and security policy,” have often talked about the ‘First Use’ of nuclear weapons against Pakistan. This group of elites has somehow reached the conclusion that India, being a much bigger country and would be able to survive a retaliatory nuclear strike, and should, therefore, call Pakistan’s nuclear bluff by considering the option of a ‘pre-emptive first strike’ in a future military conflict.

Some prominent members of India’s strategic community, who initiated the debate on the ‘First Use’ of nuclear weapons, were also former senior decision makers and included the Defence Minister, the National Security Advisor (NSA) and a Commander of India’s Strategic Forces Command. This disturbing chatter seems to have found resonance amongst other members of India’s strategic community and may have also provided an inducement to the commercial profiteers who are now capitalizing on the fear of nuclear use by offering shelters that can only provide a false sense of protection against nuclear fallout.

The concept of ‘nuclear bunkers’ that evolved during the Cold War period was intended to provide protection to the general public. But eventually, all nuclear states and their allies who built these shelters realized that there is no escape from the effects of nuclear weapons use. Many European countries are now turning these into tourist attractions to remind the world of their follies. But in India, it seems to be the opposite, due to the increasing frequency of military crises and the push by several armchair generals and other influential opinion makers towards a pre-emptive ‘First Strike’ against Pakistan.

Nuclear weapons remain weapons of deterrence and are not for warfighting. No country in the world can bear the loss of its major cities, and India is no exception. Being the two most populous countries on the planet, there is no way that either India or Pakistan could protect even a fraction of their population from the nuclear fallout. Building nuclear shelters is primarily a commercial venture by a private entity, but it also reflects the increasing problem of growing ‘militant nationalism’ in India, where the general public views the exchange of nuclear weapons as a likely possibility in a future conflict between India and Pakistan.

India’s current political leadership, which has thrived on an anti-Pakistan narrative for its short-term political gains, seems to have significantly affected the public perception. According to the two surveys conducted to gauge public sentiment, one on ‘America’s Role in Indo-Pacific’ by the Asian Research Network (March 2017), and the other by Brookings India to understand the thinking of the Indian public and its strategic community (December 2018), it appears that the Indian public seems to be “more critical of Pakistan and slightly less concerned about China”. 43% of the Indian population believes that “a limited military conflict with Pakistan represents the most probable next use of overseas military force [by India].” And a large majority of 76% of the Indian public also support either isolating Pakistan while cooperating with China, or working with others against a China-Pakistan axis.

These surveys predate the most recent military crisis between India and Pakistan. The way the ‘Pulwama’ crisis unfolded, public opinion in India seems to have become harsher, which may have afforded some short-term political dividends for the BJP. But the long-term impact of this continued anti-Pakistan rhetoric is likely to make the next crisis even more difficult to manage, especially once there is significant disconnect amongst India’s ‘strategic enclave’ or the principal decisionmakers that comprises of the political and military leadership, and the scientists, mainly from India’s Defence Research and Development Organization (DRDO).

India’s political leadership had always viewed nuclear weapons as an instrument of prestige, which was also reflected in India’s doctrinal posture released to the public in 1999 and then in 2003. Political leadership usually propagates morally justifiably positions, such as the ‘No First Use’ (NFU) and Credible Minimum Deterrence (CMD), but these do not correlate with India’s ongoing developments that include the development of inter-continental ballistic missiles (ICBMs), nuclear-powered submarines, and the development of missile defence systems. The Indian military, on the other hand, continues to explore options to fight a limited conventional war under a nuclear environment without realizing that even a limited conflict between the nuclear adversaries could escalate to all-out war and lead to the exchange of nuclear weapons. India’s scientists, mainly from the DRDO, are developing solutions to counter amorphous threats, which is reflected from their most recent venture of testing an anti-satellite (ASAT) test.

This prevalent dissonance amongst India’s strategic enclave together with the constant chatter of war by the political and military leadership seems to have influenced India’s strategic thinking, besides impacting the general public perception, as is reflected in the recent newspaper advertisement that offers protection from the effects of a nuclear weapon.

One of the main lessons from the nuclear revolution that remains applicable for all nuclear weapon states is that no two nuclear powers can afford to fight a war against each other, including a limited war. India’s strategic elite seems not to have absorbed the meaning of this revolution and are moving on an opposite trajectory by inadvertently preparing its population for a nuclear war that neither India nor Pakistan would be able to survive.

Dr. Adil Sultan is a Visiting Research Fellow at the Centre for Science and Security Studies (CSSS), King’s College London. He can be reached at [email protected]

Amid Rising Tensions, The Root Cause of Conflict in South Asia Mustn’t be Overlooked

Print PDFIndia and the US have a convergence of vital national interest to manage favourable regional order in South Asia. The main challenge to their dominance in the region emerges from Pakistan and China nexus, […]