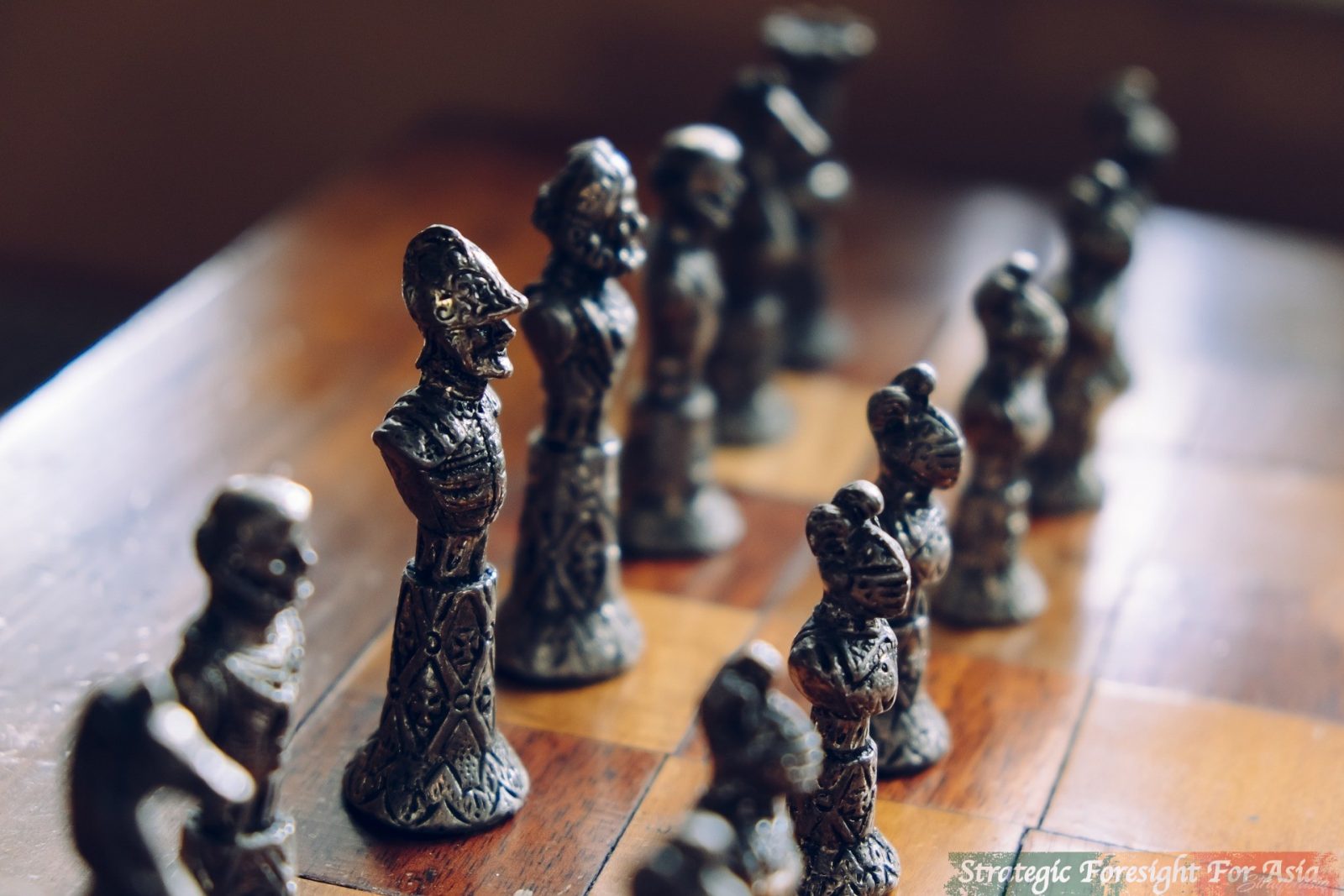 With the collapse of the Soviet Union, the world witnessed the end to the Cold War between the U.S. and the USSR, who had tried to curtail each other’s contrasting world orders for over half a century. For the realists, it was a stunner because the Cold War was, in fact, the reason for avoiding all-out war between the Super Powers and their allies. All the ongoing proxy wars at the time provided grounds for the expansion of their deadly arsenal and technological advances.

Burdened with the economic compulsions of sustaining the military competition, Russia eventually disintegrated and started looking inwards to maintain whatever was left of it. The new setting was, however, difficult to comprehend even for the belligerents. This brought to a short term peace, but something was missing in the calculation for what was to come. One of the two powers had to be defeated entirely for any order to prevail. Russia was in turmoil, but it was far from being defeated. It still had the second largest nuclear weapons in the world and kept all the military settings it had before the end of the Cold War. It was waiting for an opportunity to be able to have a comeback. This needed a leader, who would have both the determination and will to bring Russia back to its glory.

Vladimir Putin, an ex-KGB officer, who was right in the middle of where it all started – the fall of the Berlin war and humiliated by the defeat of his nation due to incompetent leadership vowed to bring back the lost glory. His determination coupled with the expansion of NATO and American withdrawal of Ballistic Missile Treaty, enabled him to put Russia back on its course, though far behind from its rivals.

After the end of the cold war, Russia had always presumed that the US and NATO will not expand to what it considered its sphere of influence, the breakaway countries, and Russia’s immediate neighbourhood. The pro-west change of government in Georgia, which was part of the former Soviet Union deteriorated the already tense relations between Russia and Georgia to the point of confrontation by the year 2008. Russian forces crossed into Georgia and eventually recognized Abkhazia and South Ossetia as independent states. The government of Georgia still considers these areas as sovereign territories of Georgia under Russian military occupation.

It was just the beginning of what was to follow for the world to reckon with rising Russia. Russia once again intervened in another neighboring country which it considered was under its sphere of influence and ended up annexing Crimea after the civil war in Ukraine where Russia militarily supported the eastern rebel forces. Russia made headlines by intervening in Syria, which it said was after the invitation of embattled President Bashar al Asad. Today, Russia has not only put Asad back in power but have established military bases in Syria and had deployed its state of the art anti-missile defense system following the shooting down of its fighter aircraft by the Turkish air force.

Russian President Vladimir Putin managed to raise some eyebrows when he announced last year that Russia has manufactured hypersonic nuclear missiles which would enable it to penetrate any missile defense system in the world. He also announced the existence of nuclear torpedoes. Putin is also currently supporting the government of Venezuela against what it calls American interference.

The current rise of the Chinese military aspirations has forced the US to upgrade its arsenal and make significant changes in its military postures, shifting the balance of power in its rivalry with Russia. During his recent remarks  President Putin said “Russia will be forced to create and deploy types of weapons which can be used not only in respect of those territories from which the direct threat originates, but also in respect of those territories where the centers of decision-making are located,” triggering fears reminiscent of Cuban missile crises where Russia made the US withdraw their missiles from Turkey after a brief standoff between naval forces of both the countries. The revival of the cold war means a new arms race that would surpass the dangers of its previous phase with new dimensions and actors threatening the peace of the entire world.

In the current circumstances of power politics where American hegemony is shifting towards multipolarity, the US will have to prepare a new containment policy which will counter influences from Iran, North Korea, Russia, and China. What this new policy can achieve in terms of sustaining the current world order mainly based on the Westphalian principles originated in Europe almost 400 hundred years ago at the end of 30 years war, has to be seen. Rest assured, the Cold War is far from over; it has taken a new shape, inducted new belligerents, and is far more dangerous than its previous form.

Atif Mushtaq works for an NGO Poverty Eradication Initiative. He can be reached at [email protected]

Repercussions of Turkey Receiving the S-400

Print PDFThe first shipment of the S-400 missile has arrived at Murted Airbase, making it the first time that a major NATO member has made an arms deal with Russia. Following the failure to procure […]

Why the US is Failing to Bring Peace in Afghanistan

Print PDFAn excessive delay in intra-Afghan talks has threatened the Afghanistan peace process that was set in motion after a landmark agreement between the US and the Taliban. Signed on 29th February, it laid the […]